Today healthcare services in Satna is pretty self sufficient and is firmly standing on its own feet. This said, there is always room for further improvement, no matter how much robust and efficient existing infrastructure. In case of Satna city, room for improvement is actually pretty huge. What are these desired improvements that needs urgent implementation and detailed information about existing infrastructure has been provided below. Besides, address and phone no’s of few hospitals and other healthcare institutions have also been provided. 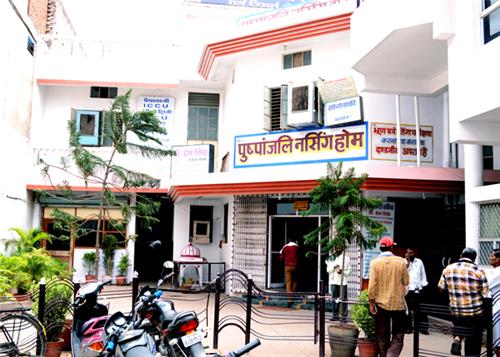 No city or region’s healthcare can ever be self sufficient without availability of hospitals. And we made it amply clear in introduction itself that Satna’s healthcare service is indeed self sufficient. This obviously meant that today there is no dearth of hospitals in Satna city. What really makes healthcare service really self sufficient is presence of advanced hospitals which have revolutionized healthcare services in this city of Madhya Pradesh. Amongst these few advanced hospitals the MP Birla Hospital is the most advanced and obviously is also the most renowned hospital of Satna city. This advanced multi specialty hospital, funded and constructed by Birla industries, is actually one of the most advanced hospitals of Madhya Pradesh state. Therefore it goes without saying that this hospital is fully capable of conducting all types of general operations and complicated surgeries. Besides MP Birla Hospital, other reputed advanced hospitals are Ayushman Hospital & Research, Sanjiwani Super Speciality Hospital and Birla Vikas Hospital. These hospitals are equally advanced in infrastructure and paramedical staff. Going beyond these selected few hospitals, then there are plenty of other hospitals that boost equally pretty robust medical infrastructure. But there are way too many to name few. With such huge presence of hospitals, today Satna’s healthcare services can said to be more self reliant than ever before. For More Click Here

The huge presence of hospitals invariably paves way for doctors and chemist shops in any city or region. This is to say that all of them are deeply interlinked and inter-dependent on each other. And since Satna city has no dearth of hospitals, so it goes without saying that it also has no dearth of doctors and chemist shops either. Talking first about doctors, then today all types of doctors are serving in Satna city. Right from general physicians to hordes of special doctors from all the important medical branches. To name few specialist doctors that have pretty substantial presence, then these are Cardiologists, Ophthalmologists, Dermatologists, Endocrinologists, Pulmonologists Doctors, Dentists and ENT Doctors. Most of these specialist doctors are working in various local hospitals, while few have opened special clinic. For More Click Here

Now coming to chemist shops. It is pretty obvious that this city won’t have any dearth of chemist shops. There are actually hordes and hordes of them to even try to name a few. This obviously means that today getting a life saving drugs in Satna is no problem at all – one can get it in even at shortest notice possible. And the same is true even after midnight hours, as today Satna city also has decent number of 24 hours chemist shops. On closing note, we also would like to bring to notice that today Satna also has good number of Ayurvedic and homeopathic medicine shops, which surely helps local patients in getting alternative cure for their health problems.For More Click Here

The overall picture that we get is today Satna’s healthcare has pretty solid foundation that can help and inspire her to build even more robust infrastructure for future generation. In above paragraph we learnt that city has all the basic infrastructures like hospitals, doctors, chemist shops, pathological labs etc in place. All that is needed to be done is to further increase the number of these institutions and medical professionals. This though is easier said than done. But even if half of this ambitious goal is achieved, then this economical ambitious city would get kind of healthcare services that it truly deserves.