Today bustling commercial and industrial activities in Satna city evokes much needed hope for its future economic prosperity. And in all likelihood this city is well on the course of becoming one of the fastest growing cities of Madhya Pradesh in coming years. But this city is as much about its glorious past as it is about much anticipated future prosperity. In fact its glorious past has played an equally important role in making this city today so ambitious and determined. For every city, just like human beings, have to seek inspiration from its past. And without a doubt Satna’s history in indeed very inspiring. What makes it so inspiring? An answer to this all important question has been provided below paragraphs, where in all the important aspects of Satna’s history has been explored. 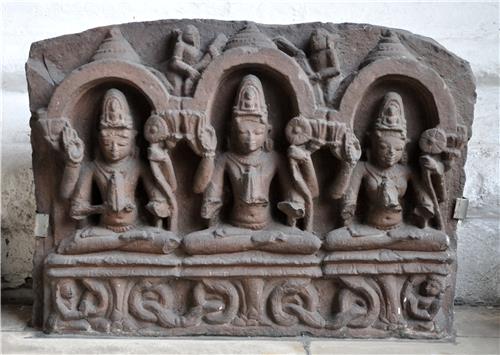 Ancient history of Satna region and much of Baghelkhand region can be traced back to reign of Kalchuris and Mauryan Dynasty. Well, there were other empires that Satna region during ancient time, but these two empires clearly stand out for their for their amazingly glorious past. Here it is pertinent to mention about Buddhist sculptures and relics found in Bharhut town. These sculptures and relics are believed to have been constructed during life time of King Ashoka, who was one of the greatest kings of erstwhile Mauryan Empire. Today these Buddhist scriptures and relics are living testament of Satna’s rich ancient history. Bharhut town today in fact draws hordes of tourists for this very same reason. Satna is deeply associated with two of India’s timeless and greatest religious epics – Ramayana and Mahabharata - which makes this region one of the most sacred regions in entire India. This is why even today every year millions of devotees are drawn to Satna region, who come here to seek spiritual inspiration and solace. It is believed that Lord Rama and his wife Sita and his younger brother Laxman had spent their eleventh year in their 14 years of exile in one of the adjoining towns of Satna city. This adjoining town actually happens to be Chitrakoot town, located some 80 kms from Satna city. This town understandably is one of the most sacred towns of Northern India today. And as for Mahabharta is concerned, then it is believed that all Pandava brothers – just like Lord Rama and his family - had spent substantial amount of their time of their exile period in Satna region.

Medieval history of Satna is completely dominated by Baghel Empire (also known as Rewa kingdom). Baghel Empire was one of Madhya Pradesh’s many indigenous empires. This great indigenous empire was founded by Raja Vyaghra Deo in 14th century at Rewa, which today is one of the neighboring districts of Satna. The Baghel Empire completely dominated Baghelkhand region until the meteoric rise of Britishers in 18th century. Though it did face strong resistance from Mughal’s, who for a very brief time had seized large part of the Baghel Empire. But for most part of their history these empires shared amazing Bonhomie and comradeship. Unlike in Rewa City the kings of mighty Baghel Empire may not have constructed many great forts in and around Satna city, but their influence on Satna city or fact that matter on entire Satna District’s culture and socio economic life was significantly huge. Actually much of their cultural and socio economic heritage is still carried on till this, which is sufficient to tell us the important role Baghel Empire played in shaping the identity of this region.

It is very difficult to trace Satna’s modern history to any particular year or decade. But most historians agree that Satna’s modern history can be traced back to period when British Empire reduced Baghel Empire or Rewa kingdom into a princely state. During British rule some minor freedom movements did take place in Baghelkhand, but none of these movements evolved into major movements. After British’s departure in 1947 and actually after quite a few decades Satna city continued to live in obscurity. But this obscure city came on its own during last few decades and is today considered as one of the most industrialized cities of Madhya Pradesh state. Its coveted title as cement capital of India is symbolic of amazing potential it holds for future prosperity.

From all the above information’s one can say for sure that Satna’s history is indeed very enthralling and mesmerizing. Be its symbolic association with Mahabharata or Ramayana or be it being a proud that witnessed rise of one of Madhya Pradesh’s glorious empire or be its modern history that is filled with promise and hope for better tomorrow.